Floreat Athena Football Club is delighted to announce it has signed a major partnership with Australian law firm Workplace Law, effective immediately which will run at least until the end of the 2022 season. 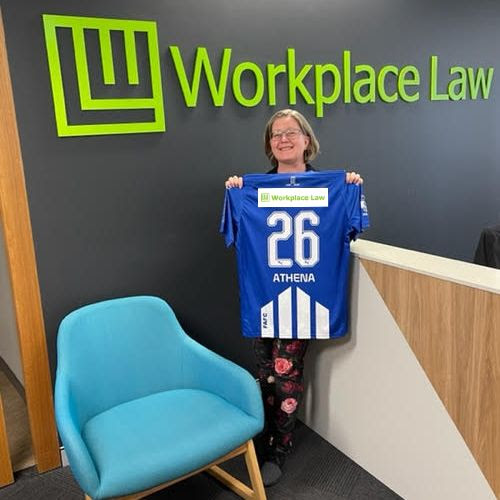 The Workplace Law logo will feature on the back of the senior men’s team jerseys from tomorrow when Athena hosts defending FFA Cup champions Adelaide United at Litis Stadium in the RD 32 clash. Kick-off is 1pm.

The partnership between the club and firm was originally inspired by a promotional video featuring Australian football commentator Simon Hill which resulted in the company’s directors ordering two Athena 70th anniversary heritage strips. The rest as they say is history!

Since 2003, Workplace Law has operated as a specialist law firm focused on providing advice to employers in all aspects of employment law and workplace relations.

The company has a dedicated focus on building a female champions program and has partnered with several national women’s teams around the country.

Shane Koelmeyer, Director and CEO of Workplace Law said he was excited by the new partnership with FAFC.

“We are delighted to be joining the Floreat Athena FC family - a football club with a rich history led by a Board committed to ensuring a bright future for every boy and girl that wears the famous blue and white shirt!

“Our aim is to use our firm’s expertise, experience and our Female Champions Program to help Floreat Athena FC continue to build its women’s football program so that girls of all ages feel inspired and supported to play for this wonderful football club.

“A club so thoughtfully named after a Greek Goddess deserves to have an elite women’s football program and we will do what we can to make that happen by 2023” Mr Koelmeyer added. 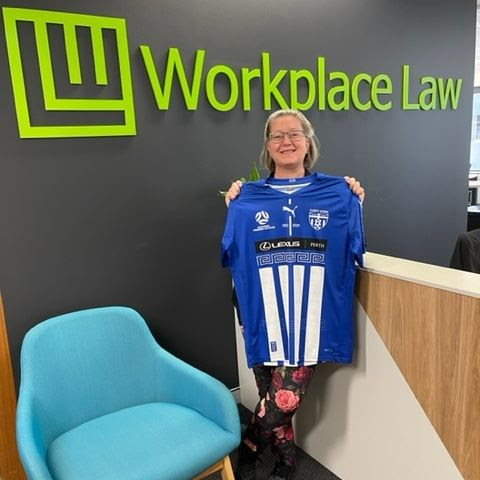 “I am personally very excited that Workplace Law will be partnering with Floreat Athena FC, I already feel a sense of ownership of the Club’s teams (they are Athena’s teams after all!) and look forward to celebrating many successes with the Club”.

Club President Con Poulios, welcomed the company to the Athena family and was excited by what the new partnership can offer for the club as it accelerates its women in sport program.

“We are extremely proud to be partnering with Workplace Law. Shane and Athena’s values transcend through the company, and they match the values and standards our board has around the dedicated effort on our women’s program. This partnership will go a long way in fostering that effort” he said.

The Workplace Law logo will feature from tomorrow (Sunday, September 26) around the ground and on the senior team strip during the match against Adelaide United at Litis Stadium, which will be streamed live on 10 play.

Tickets and all the details to Sunday’s RD 32 FFA Cup match between Athena and Adelaide United can be found HERE.